The end is in sight!! 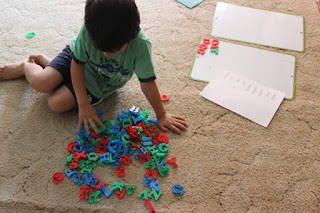 Munchkin and daddy work together with the magnetic letters and a list of simple words that Munchkin knows and recognizes. 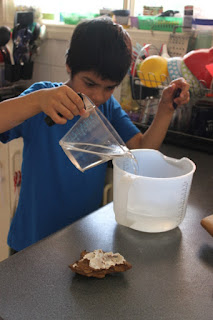 Meanwhile, I worked with Monkey on a displacement maths pages. 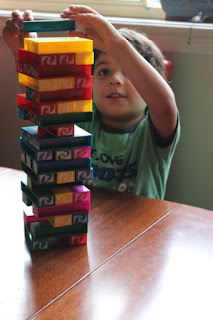 Munchkin is really enjoying a lot of games now. He and I played an Uno form of Jenga together and then he and daddy played Snakes and Ladders while I worked with the older boys. 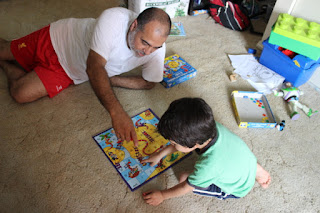 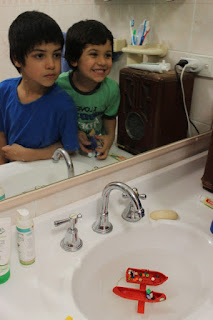 Monkey and Munchkin enjoyed experimenting with floating items in their Lego boats. 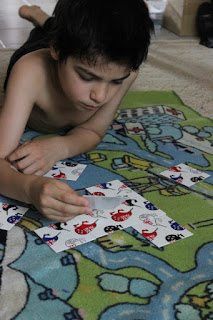 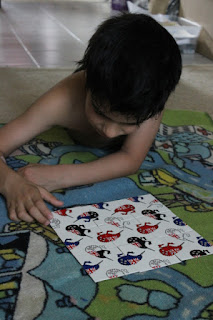 Monkey and I gave the game "Crazy Kiwis" another try.  We have yet to solve it... don't be fooled by the right-hand photo, the card near Monkey's hand doesn't match properly even though it looks like it does in the small picture, because they are blue and black. 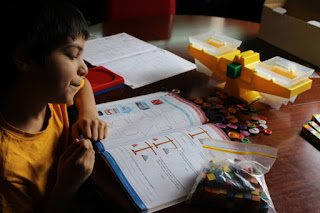 More hands on learning for maths with the pan balance. 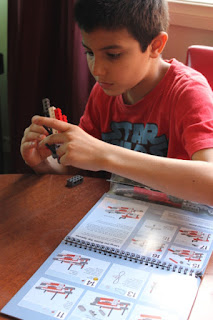 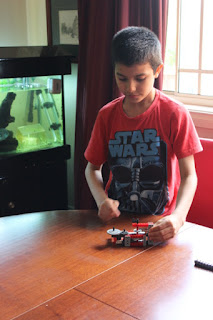 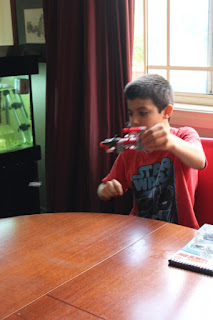 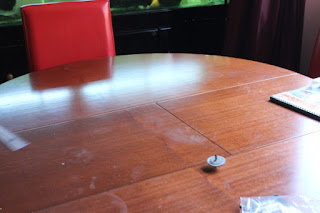 Monster got a GREAT Lego book from a friend that builds all different kinds of machines... so he got busy one afternoon putting together the contraption that launches a spinning top. 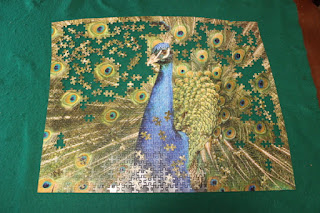 There is renewed interest in the peacock jigsaw puzzle... and a desire to see it finished! 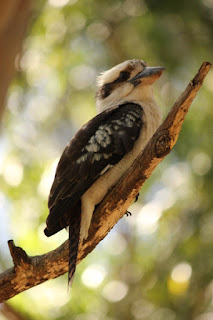 A beautiful Kookaburra was perched above our picnic table at the park on Friday. We admired him, snapped some photos, then gently encouraged him to leave before getting out our food. They are thieves and will snatch food straight out of your hands if they can! 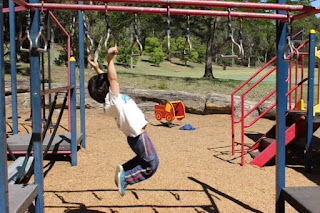 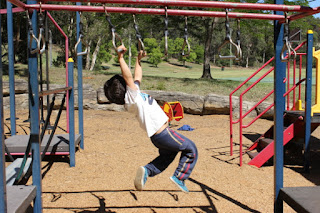 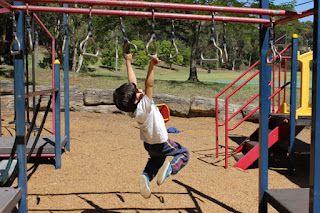 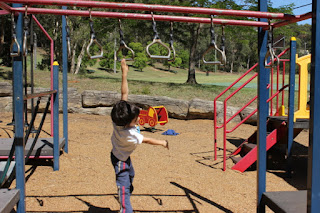 Munchkin surprised me by teaching himself how to cross the monkey bars. He can't quite get across on his own, but it won't be long!! It I had taken photos earlier it would have been better, by this time his arms and hands were getting quite tired, but I was still impressed. 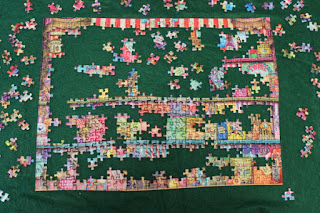 Monkey also showed renewed interest in his puzzle, but like Monster and I to help him with it.

We've been trying to read at least one Christmas picture book each night... some are cute... like The Christmas Peg, and other are complete rubbish (like the top left book) but it is still a fun little Christmas activity.

Posted by LilPrecious at 8:20 PM