I have been trying to schedule some sort of messy play or activity (painting, playdough, craft, etc) in to the boys school schedule as I feel that is very important at this age.

Because we rent I prefer that almost all of these activities take place outside where clean up is easier and the house/carpet are safe.

The weather plays a part in it... and has prevented many an activity I have planned... but eventually we find a nice day and out we go to the backyard for some fun.

On this particular day (after another stretch of rain) the boys were thrilled to have a chance to play with brand new play dough (as the previous batch I had made a few months ago went moldy)!

They played nicely for a couple of hours allowing me a chance to get caught up on laundry and dishes! 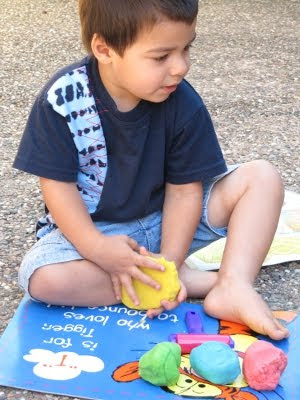 They each had a rainbow of colours to choose from...
unfortunately they both decided to mix the colours eventually but such is life! 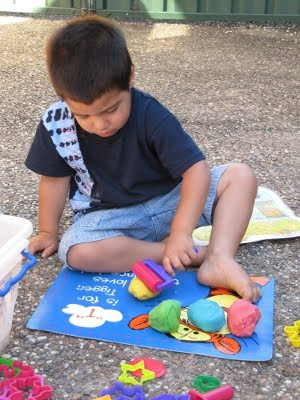 Rolling out the dough... 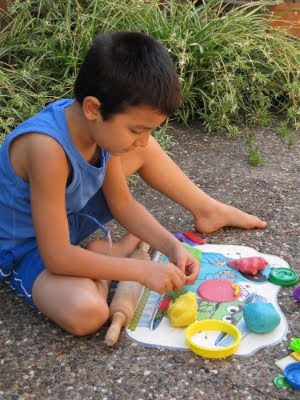 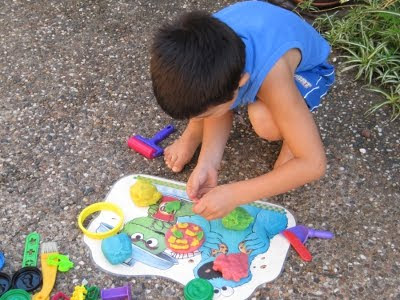 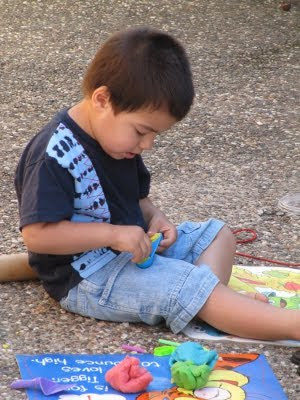 While Jeremy enjoyed the cupcake making mould.
I had given them straws as well but those weren't very popular so next time I'll give them paddle pop sticks (popsicle sticks) to work with.
Posted by LilPrecious at 2:21 PM No comments: