By the last week of the term both older boys were done with all written work except tests so the week focused on natural learning, learning through play, and reading.
We finished off the week with an excursion to one of our favourite museums in the city with our homeschool group. 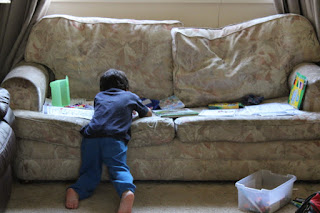 Munchkin is obsessed with the TV show Paw Patrol at the moment and spent much of his week colouring some pictures that I printed from the internet for him. 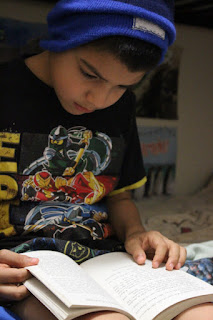 There is nothing like getting 100% absorbed in a good book at bedtime. 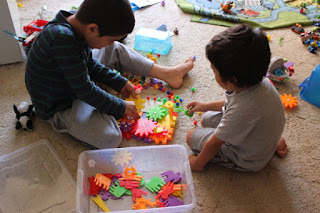 I spent some time during the week sorting through educational materials and toys in our the cupboard in our bedroom and did some toy rotation. 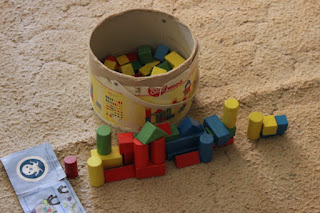 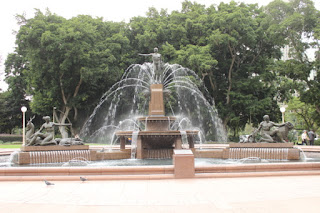 Finally, Friday morning we were up bright and early and headed off to the city on the train.  We arrived in the city early enough for a quick photo of Archibald Fountain as we walked through the park to the museum.  The boys and I had a long discussion about the fact that the water wasn't spraying nearly as high as it normally does, and there were some workers in the park, but we weren't able to stop and ask why the water level was so low. 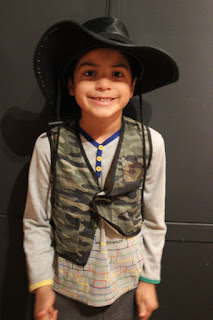 There was a special Explorers Exhibit in the museum which was the reason we went.
Monkey and Monster both enjoyed a bit of dress up. 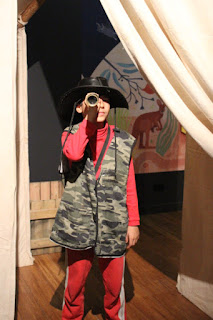 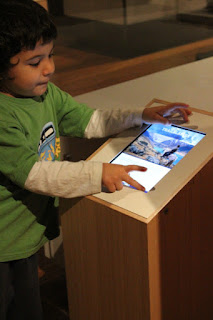 Munchkin tried to figure out some of the hands-on screens, but there was reading involved so he quickly abandoned this. 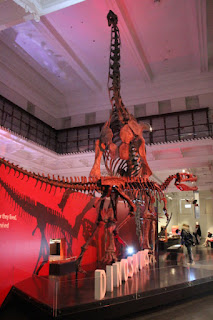 Once we finished with the special exhibit we were off to explore the rest of the museum. It is one of the boys favourite museums.... any guesses (above) why??? ;-) 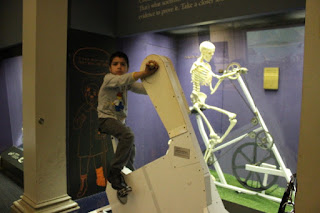 Monkey was disappointed that he wasn't strong enough to pedal the exercise fast enough to get the skeleton moving.  I offered some help but he refused... won't be long and he'll be able to do it and I can't wait to see the look of joy on his face when he does. 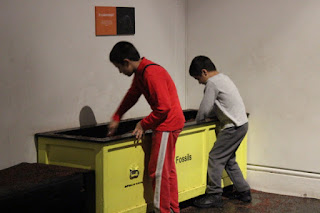 There was some fast and furious fossil digging... 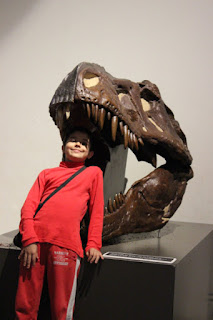 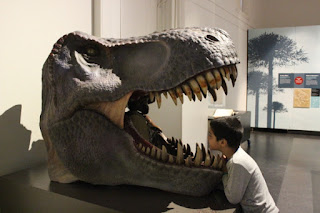 ... and some fun putting their heads in the T-Rex mouth. 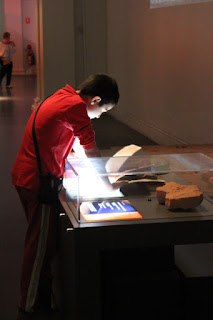 I had printed off some "scavenger hunt" type pages from the museum's website and Monster enjoyed roaming around on his own and finding the information. The biggest disappointment of the day was that the interactive touch screen with snakes, spiders, and crocodiles has been removed as it stopped working correctly.  Monster especially was devastated, but recovered quickly when museum staff assured him that they plan to bring it back (or something similar) when it is fixed. 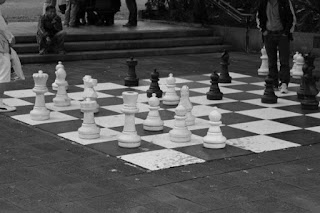 Our last stop on the way back to the train was a quick look at the life size chess game.  We didn't stay long because it was a serious game and it had started to sprinkle, but we do always like to have a look. 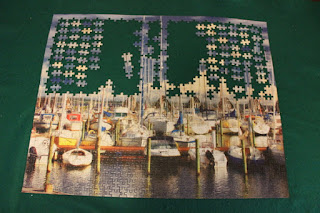 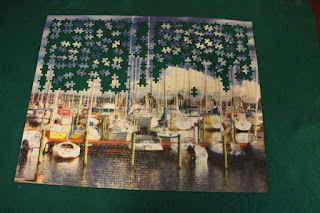 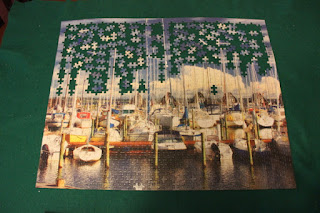 Monster's puzzle progress for the week... 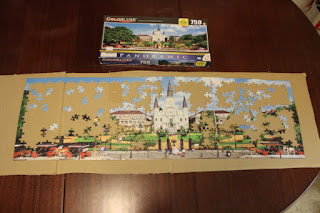 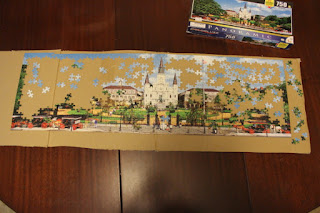 Monkey's progress for the week - I am helping him quite a bit but it is still slow going - he has wisely decided that a 500 piece puzzle would be a better choice next time!

During his puzzle time in the evenings I was able to read these two wonderful information books to Monster about Ancient Egypt.  The 30 seconds book has some wonderful projects to try as well which we'll get started on in term 2.

Some picture book choices from our home library collection and a bug book were our focus this week.  We have had the bug book for many MANY week and it was time to return it to our local library.  But we LOVE Usborne books and it is always fun to keep them as long as we can and read them over and over again.

Monster's independent reading for the week (above) and one last Egypt information book that I read aloud to him during puzzle time.

Posted by LilPrecious at 3:16 PM