We had a short and lightweight week academically speaking, but enjoyed lots of other wonderful activities which gave us a nice change of pace especially as it is mid term now. 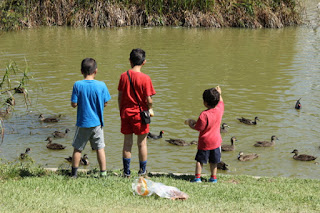 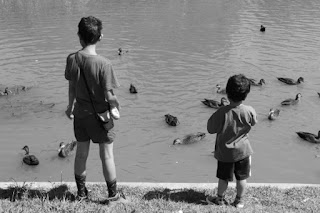 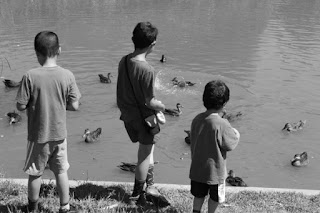 We started the week with a trip to the park to feed some bread to the ducks. 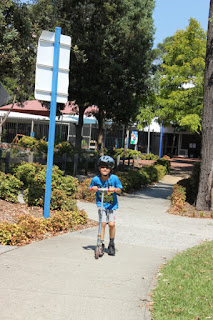 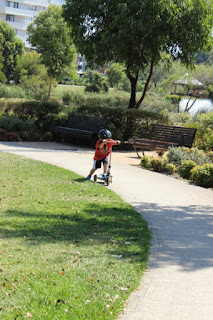 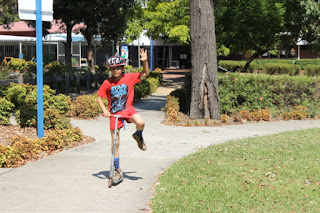 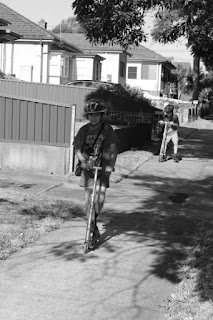 After a two hour break at the library to cool off with their lovely air conditioning and enjoy some computer time (they were fixed finally) they rode their scooters all the way home.  Munchkin again took some breaks, but less as the trip home is slightly downhill the whole way.  Lots of good exercise and fresh air for them.  I am trying desperately to get them outdoors more but it seems we are having summer in March.  It SHOULD start to cool down in the next week or so and then my goal is 1-2 hours outdoors EVERY day!! 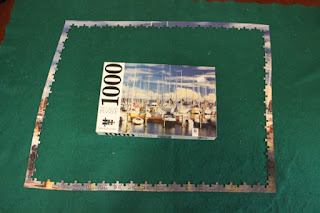 Monster started a new puzzle challenge. He only worked on it two nights this week and so didn't get a lot done, but was still pleased with his effort especially since this picture is going to be a bit trickier than the hot air balloons. 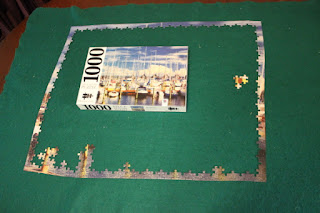 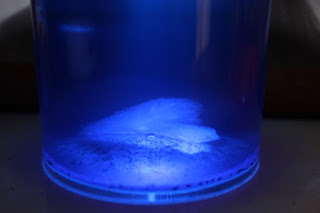 Our science experiment on Tuesday was to mix up a crystal growing kit that a friend gave Monster for his birthday.  It will be interesting to see how it differs from the other crystals we've grown. 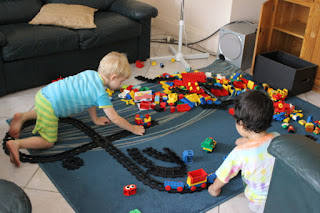 We spent all day Friday at my best friend's house (who homeschools her three children who are all the same age as my three and they are all best friends). Monster and his best friend went to homeschool group with yet another friend of ours, while the middle and younger pair enjoyed a play date at home.

These two photos are Munchkin and his buddy working on a huge Lego Duplo train construction which was then played with off and on all afternoon. 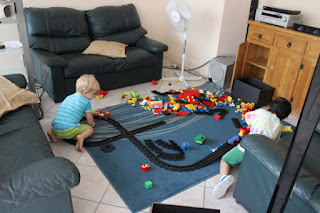 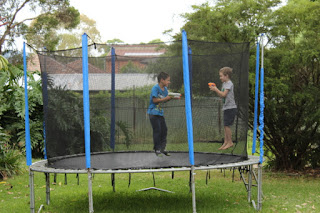 Monkey and his best friend spent time on the trampoline with the water Nerf guns, but also spent a good portion of the day in the bedroom constructing with Legos and playing with Skylander toys. 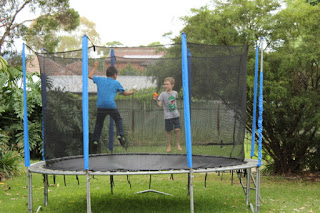 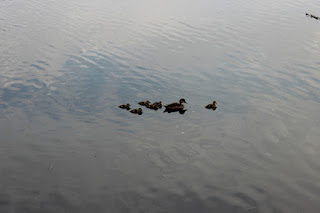 On our walk home (yes these friends of ours have moved and are within walking distance of us) we spotted this little family of ducks in the water.  The boys were thrilled - I'm not thrilled with the quality of the photos unfortunately. 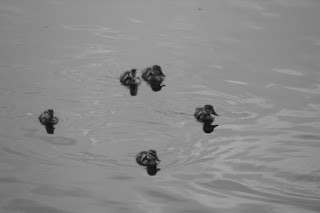 Finally, our books for the week!

Posted by LilPrecious at 9:34 PM