The last week of the term and we are just winding up written work and enjoying some hands-on learning. 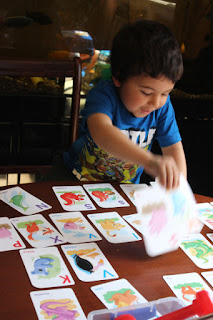 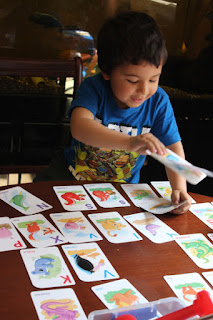 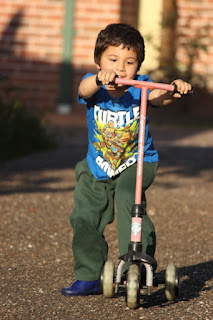 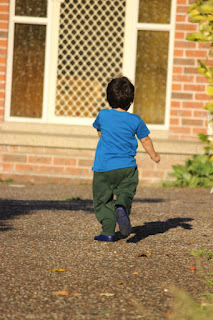 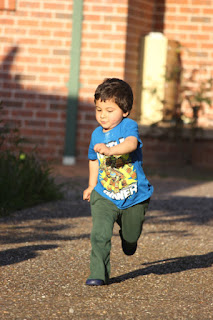 It is magpie breeding/nesting season and unfortunately we were attacked by a nesting mother magpie while playing at the park.  She swooped my neck twice before we worked out what was going on and got away quickly.  The season lasts for about eight weeks so we are stuck at home which means our exercise consists of running and/or riding scooters up and down the driveway. 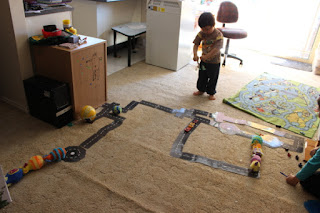 Munchkin enjoyed building a road for his mini cars. 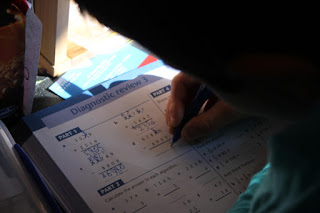 Monster was the only one who had written work to do and that was just his maths tests. 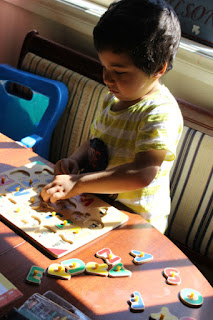 An alphabet puzzle thrilled Munchkin this week as well. 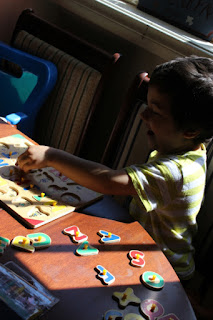 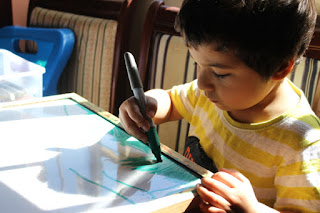 Drawing on the white board is a favourite activity of Munchkin's.  I wish I had written down his story that went with the picture.  But I do remember that the green lines on the left are him and the brown lines on the right are his brother (Monkey).  LOVING how he draws people at the moment. 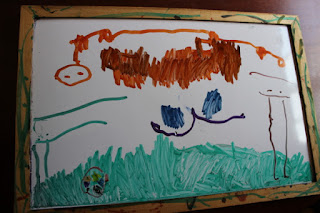 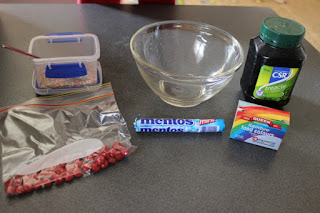 We tried to do an experiment to create a visual example of a blood cell but it didn't work because treacle syrup is the consistency and the colour of molasses.  Back to the drawing board for this one... 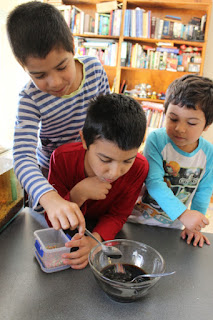 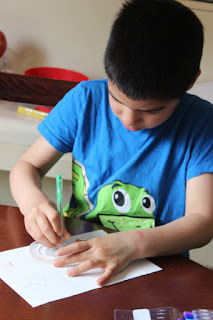 The Spirograph was a HUGE hit! 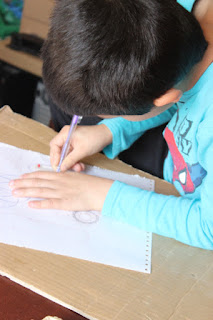 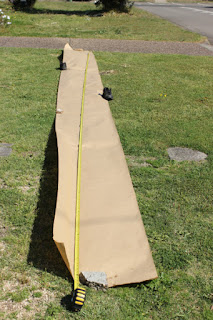 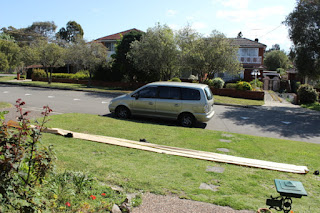 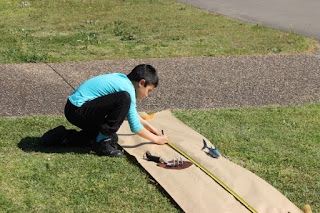 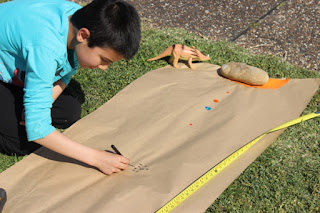 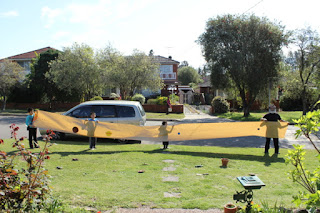 Finally we made a scale version of the solar system.
We made the planets to scale and then spaced them out to scale as well.

Monkey is working through the easiest level (purple level) of the easy readers in our local library.  I am very pleased with his progress and he is thrilled to be able to read.

Finally our general read aloud for the week that all three boys listened to.  We enjoyed a lot of space books and also a book about Louis Pasteur as part of our human body unit.

Overall it was a great week and a wonderful end to the term!