The weather was beautiful after LOTS of rain in previous weeks so we spent as MUCH time outside as we possibly could.  Thus my selection of photos for this week focuses on our outdoor learning time! 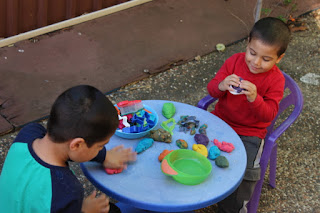 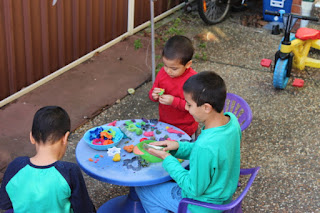 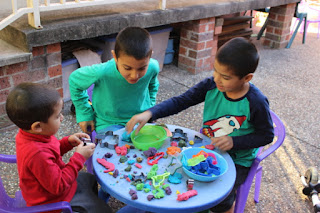 All three boys LOVE playdough so they were thrilled when I set up the table for them and let them have free play for the afternoon. 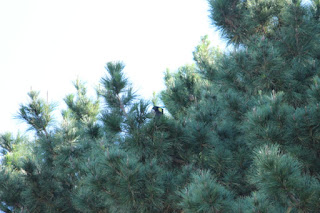 The Black Cockatoos were in the neighbourhood so we spent a good part of one morning sitting outside watching them in the large tree across the road and trying desperately to get good photos of them.  They were doing a pretty good job of hiding unfortunately... 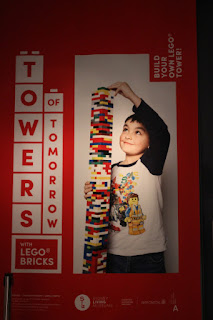 Our week included a trip into the city for Towers of Tomorrow with Lego Bricks at one of the museums!  It is AWESOME to be able to attend events like this DURING the school term as opposed to school holidays.  We were the only people there for part of the time so instead of only getting an hour we were allowed to stay for over three! 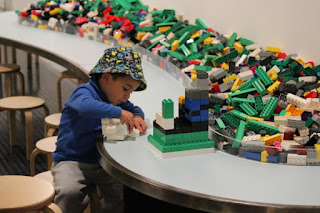 Although Munchkin is very good at building and creating with the small Lego he was thrilled to see a whole section of just Duplos and he spent a lot of time creating!  He was rather distressed that they didn't have certain colours in the right sizes that he NEEDED for what he was building though. 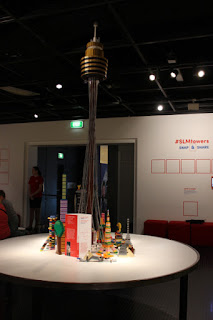 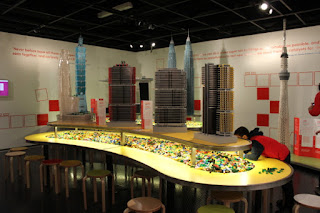 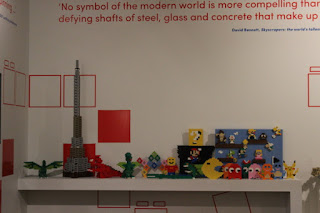 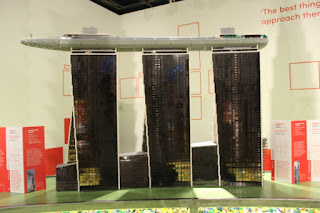 The replica buildings/towers were AMAZING!
And each one had a sign next to it telling what tower/building it was, the scale, how many bricks were used and total hours it took to build!
There were specialty Legos created for this project because the colours did not previously exist! It was AMAZING and we hope to attend one more time before the exhibit closes! 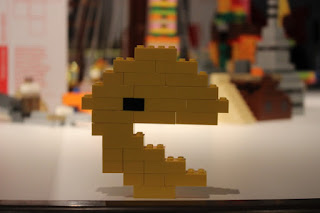 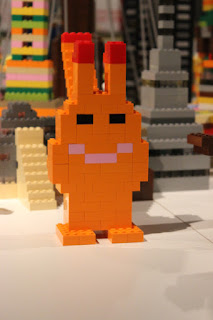 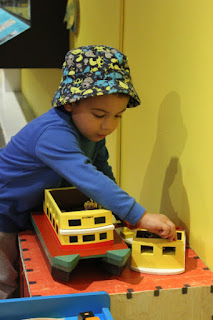 After the Legos we decided to have a look at another exhibit called Toys Through Time!
I wasn't sure what the boys would think but they seemed to like it!
Munchkin found the wooden ferry and train set and pretty much spent all his time there. 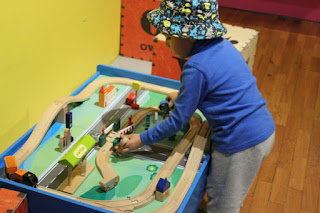 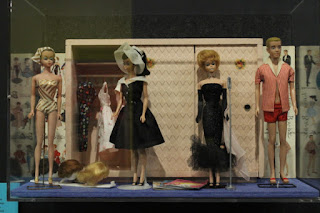 I browsed some of the displays of the old toys... 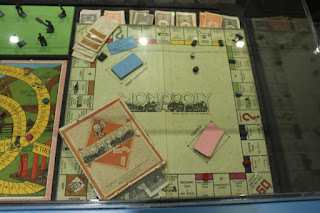 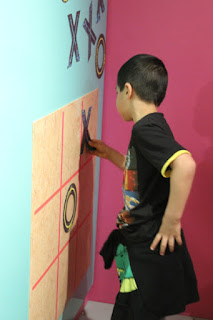 While the big boys discovered the magnetic noughts and crosses game!
All in all it was a wonderful week and we enjoyed the opportunities we had to do some learning out and about!! 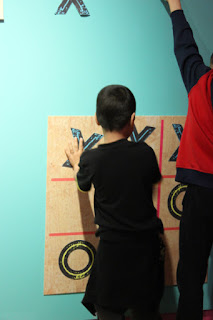