Though I'm not a solid believe in unschooling, I do feel there is a place for times of unschooling, or free range learning and certainly self-directed learning is VERY important!
Some of our weeks are very structured and directed by me, and other times life takes over a bit and we rely on more natural styles of learning! 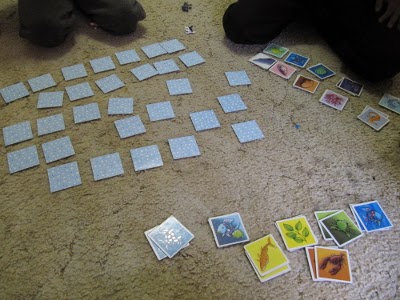 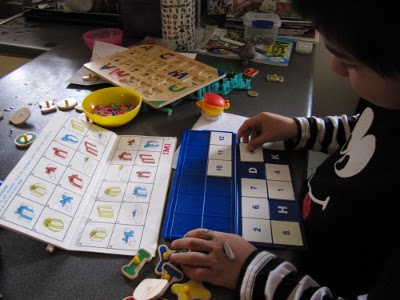 Monkey really enjoys playing with the Think it Through Tiles which were mine when I was in school and they are absolutely FANTASTIC for self-directed learning.  Someday I hope to own the Australian equivalent of this toy!! 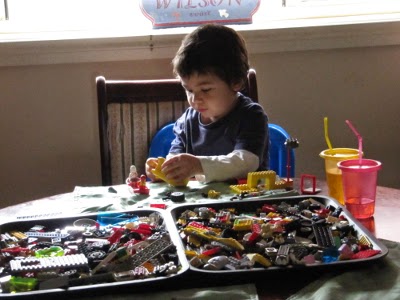 Munchkin is MUCH more reliable around the small Legos as he no longer puts things in his mouth.  He LOVES it when I dump lots of Lego pieces into these serving trays and leave them somewhere so he can sit and create to his little heart's content. 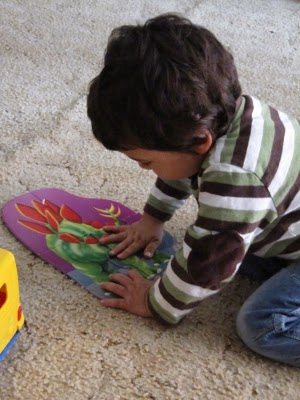 Munchkin also REALLY enjoys putting puzzles together.
His first batch of puzzles were some GREAT wooden puzzles that a friend gave me that were four pieces per puzzle.
He quickly mastered those so for his birthday (in April) he received two box puzzle sets (farm animals and dinosaurs) that contain a two-piece puzzle, a four-piece puzzle, a six-piece puzzle, and an eight-piece puzzle.  For about 6 weeks he needed someone to sit with him and sort out the pieces for him, carefully laying the pieces together in groups so he could work out which puzzle was which.
Just in the last week or so he has mastered them ALL and is able to dump both boxes out at once, sort through all the pieces on his own, and complete all eight puzzles.

I think it is safe to say that he is ready for 12-24 piece puzzles now so I'll be looking for some good ones shortly! 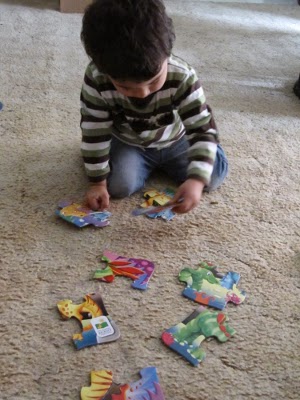 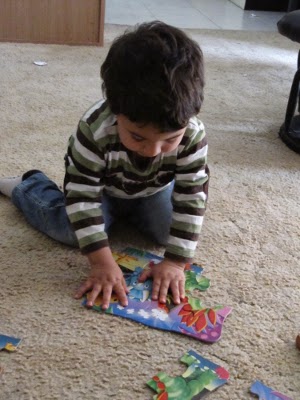 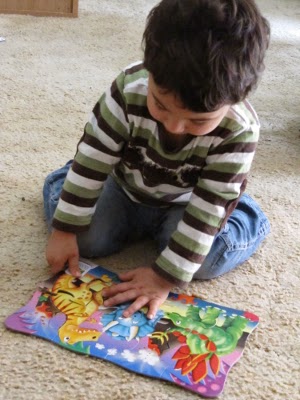 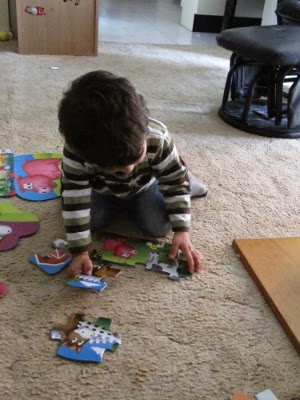 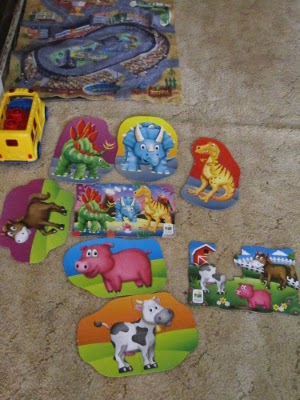 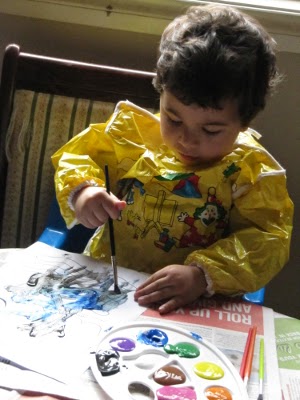 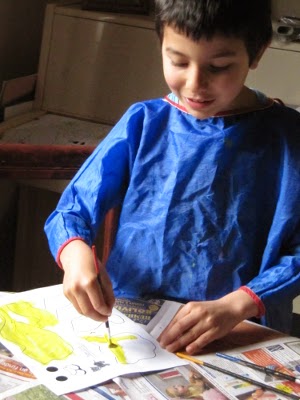 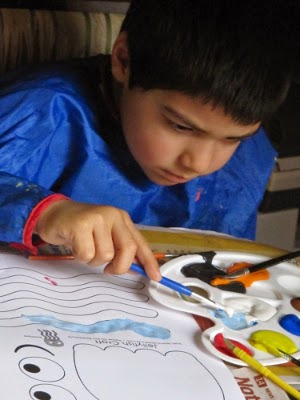 Finally for this week we enjoyed a Saturday catch-up crafting day!
Posted by LilPrecious at 5:07 PM