Our homeschool group gathered in the city to take part in a tour at the art gallery.
The tour was geared towards school age children and was intended to help them learn how to look at artwork critically.  I was disappointed in the tour aspect of the event.  I thought our entire homeschool group would go on one tour together - instead we were split in to four groups.  Our tour guide was clearly unhappy at having a younger group and also criticized our choice to homeschool based purely on the fact that ONE friend of hers had a bad experience.  Our group mainly toured the Asian section of the gallery which the younger children simply were not interested in so overall it was kind of disappointing!

However, after the tour was finished a few families remained at the gallery to eat lunch together and afterwards we looked at a couple other exhibits and when the children were allowed to look at what they found interesting and exciting they lit up!

It was not a wasted trip at all and I think our group intends to return to the art gallery and let the children pick and choose for the day! 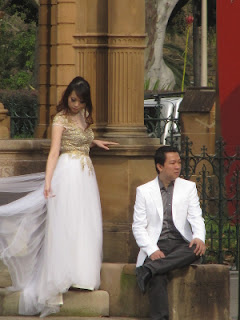 Walking from the train station to the art gallery we saw this couple having wedding photos taken.  Week day weddings are becoming more common and Hyde Park and the surrounding areas are a popular place for wedding photos to be taken.  This is not the first (or last) time we will see a wedding in the city! 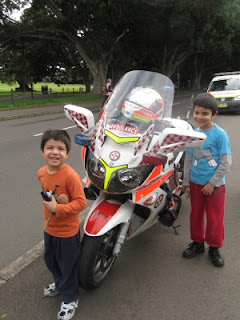 The boys were over the moon when they spotted this motorcycle ambulance.
I have to say I was pretty excited to see it as well since we had never seen one before! 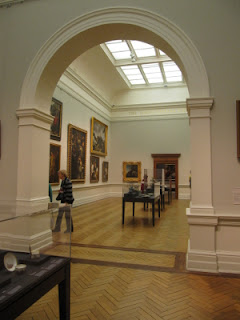 It houses beautiful artwork, but the building itself is also beautiful. 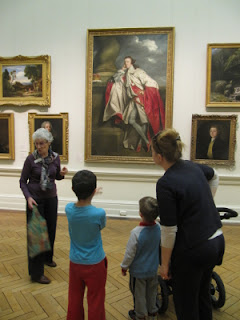 Looking at some portraits. 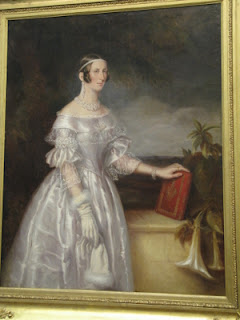 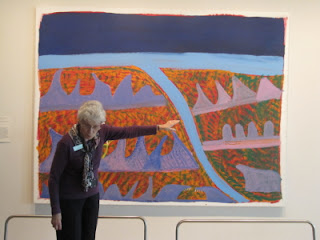 The children liked looking at and discussing this piece of aboriginal artwork. 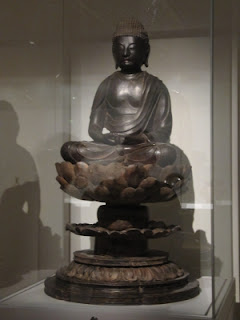 The rest of our tour was spent in the Asian part of the gallery.
The articles were beautiful and interesting - but probably not suitable to the younger aged children. 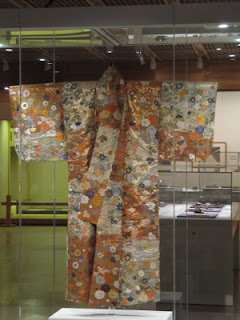 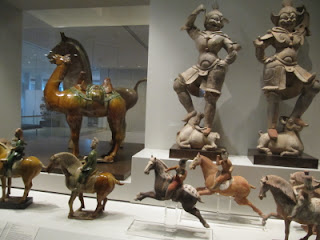 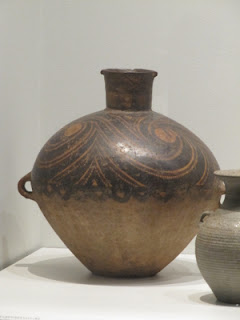 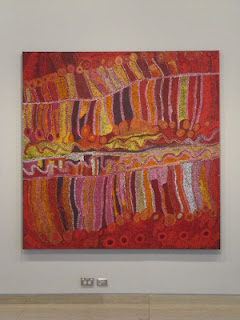 Two pieces of artwork showcased in the main entrance of the gallery.
I was shocked to learn that the aboriginal woman who painted the top painting has only been painting for FIVE years!  My photo doesn't do her painting justice - the colours were stunning!

Not sure what it is about this other piece of artwork that I like - but something about it really appeals to me! 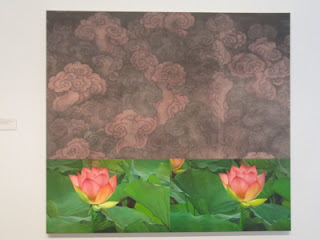 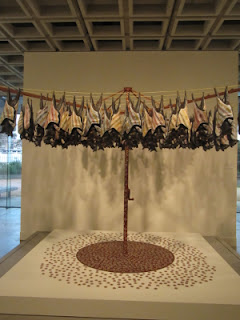 My favourite display for the whole day.
The remainder of the photos were taken after lunch when a few of us took an impromptu look at the aboriginal artwork. 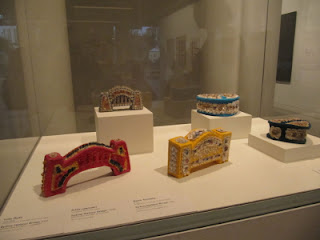 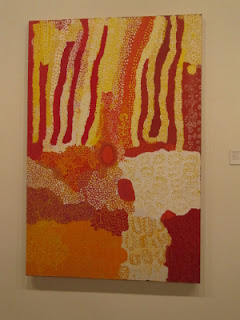 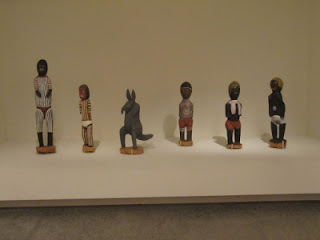 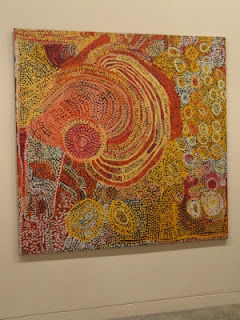 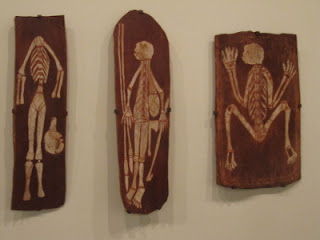 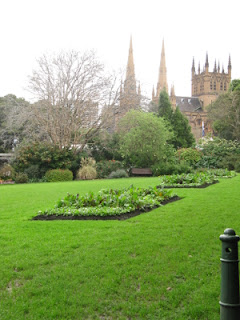 I was so excited to discover a new angle to photograph St Mary's Cathedral from - because I LOVE to take photos of the Cathedral!! 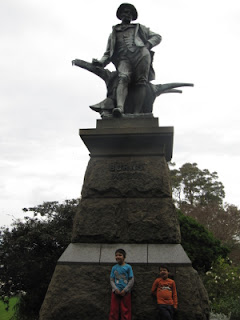 Monster and Monkey hamming it up in front of a statue and the fountain.
I believe the smile producing phrase of the day was "monkey's undies"!! 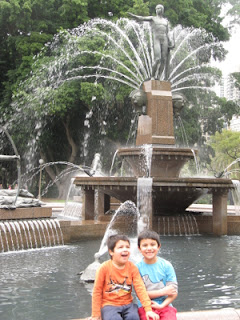 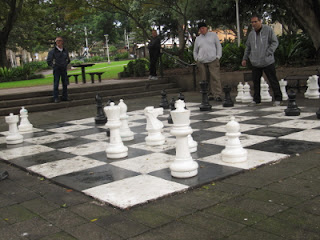 And finally - just before heading to the train station - a quick peak at the life sized chess game!
We didn't stay long though as it was a serious game and they were excited and noisy!
Posted by LilPrecious at 9:52 PM