So we held Monster's birthday party on the weekend which wiped the boys and I out ~ and the sugar I ate on Saturday meant an insomniac night for me Saturday night as I have been off sugar for three weeks so we enjoyed a slower paced school week.  There are NO photographs from Monday as we stuck to the basics and kept the day simple.
Here are some photographic highlights from the rest of the week though. 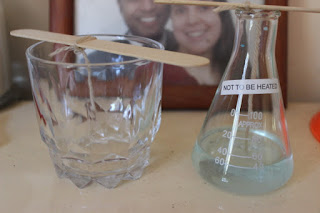 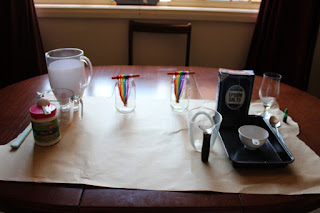 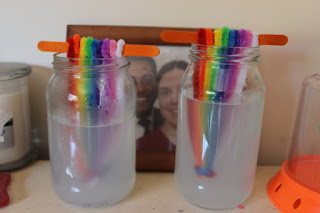 I have no photographs of the process of the Borax experiment due to the poison factor and also because I allowed Munchkin to watch. Therefore I set up the experiment and the three boys simply observed.

For the Epsom Salt experiment, Monkey got to be the scientist since Monster gets to do the experiments when we use the chemistry set. 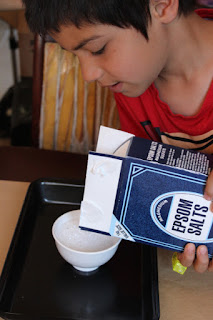 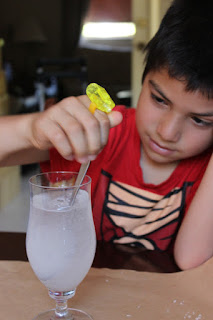 Dissolving the salts in hot water... 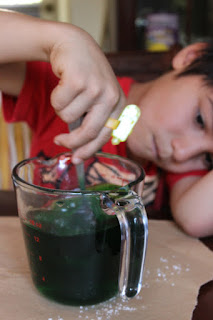 We transferred the mixture to a larger container... 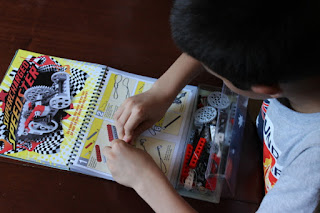 Monster spent a good portion of the week enjoying this AWESOME Lego kit he received as a birthday gift from one of his friends! 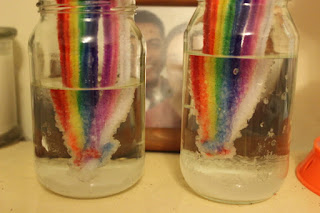 We had HUGE success with the Borax crystals... top photo was taken in the evening before the boys went to bed and the bottom photo is from the following morning. 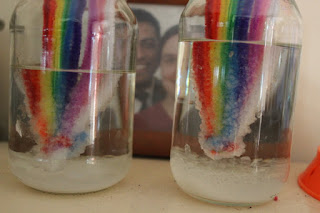 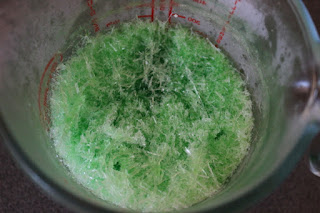 Success with the Epsom Salt as well... this is what we found in the morning after pouring off the excess fluid!  SO much fun... 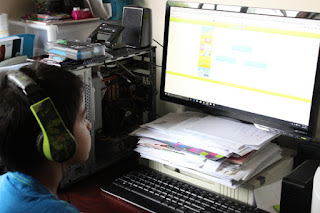 All three boys (Munchkin included) enjoy their learning time on the computer.  Here Monkey is working on his Reading Eggs level for the day and both Monkey and Monster spend 15 minutes on Khan Academy on Fridays as well. 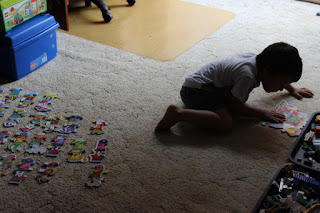 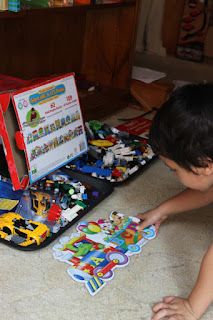 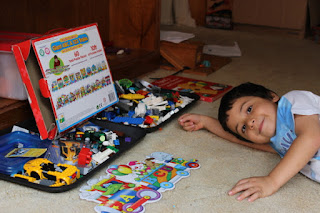 Munchkin and I worked on this puzzle on Friday to see how many pieces are missing still. 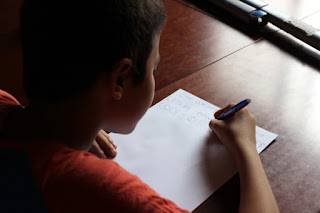 Writing for Monster this week was birthday thank you notes.

Books for the week.
Lots of reading and read alouds.
Monster and I finished two Jackie French read alouds this week... one Australian history and one Ancient Egypt.  Both were AMAZING!
Monkey did daily reading with his early readers and has branched into the yellow and blue levels and I also read aloud a Boy Versus Beast book one evening.  There is one photo of Munchkin's read alouds and that is all unfortunately... this is due to him going to bed early a couple of nights one week, and daddy reading to him one other night and I forgot to photograph that book.
Oh and Monster and I finished another Our Australian Girl book on Friday night but I forgot to photograph it before the big download so that will have to feature belatedly next week! 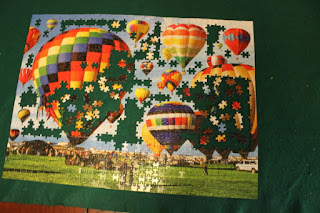 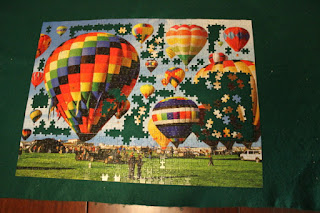 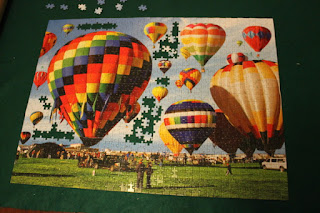 Last but not least... the puzzle project!  Monster is keen to finish and pick another one to work on. Such a GREAT thing to focus on while I'm reading aloud his history books!
Posted by LilPrecious at 12:11 AM