We've reached the halfway mark of the term and this week started out well before going crazy on Wednesday when Monkey woke up with a vomiting bug.  My tummy also wasn't feeling 100% (though thankfully I didn't catch the vomiting part of it) so it was lots of resting and natural learning for the rest of the week. 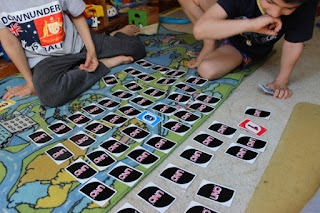 We turned out Uno game into a form of Memory. I laid out only the number cards and we had to make pairs that added up to 10 in order to keep them. 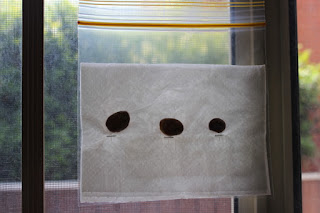 We started a new seed growing experiment - as the last one we tried went moldy. 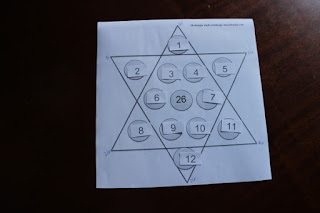 Monster and I tried out this Magic Triangle puzzle... from Teach Mama... give it a try as it is much harder than it seems. 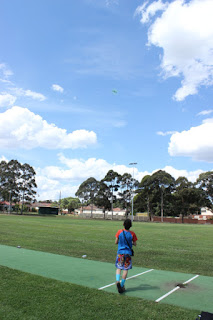 Monster, Munchkin and I went to the park to test just how high the Quad-Copter would go.  We never did find out... Monster kept stopping it because he was worried the wind would carry it too far away. 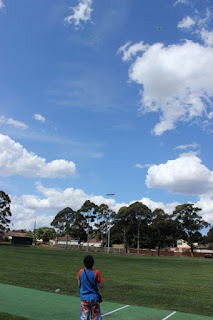 I should have circled the Quad-Copter in this picture so you could find it... basically it is just above the large cloud on the right side of the screen... look for a tiny black point with a lighter circle around it and you've found it!

While Monster focused on his flying... Munchkin ran up and down the cricket pitch working on running and jumping! 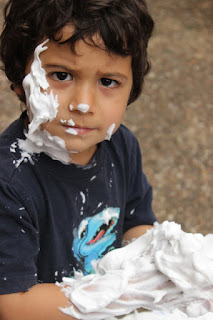 I've been meaning to add more sensory play to our week so I broke out a bottle of shaving cream on Tuesday afternoon.  It was a BIG hit!! 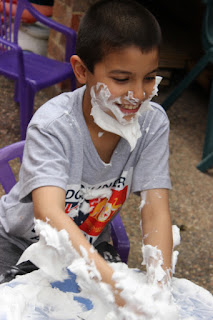 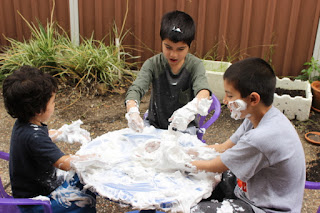 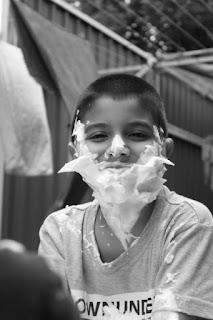 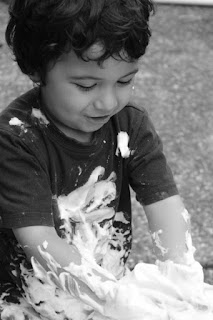 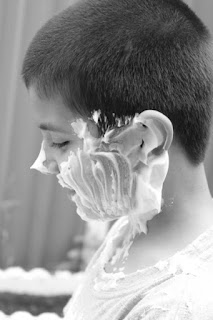 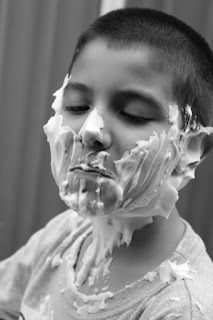 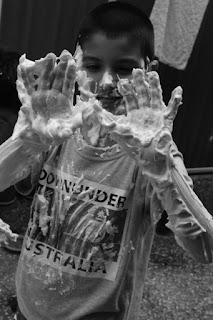 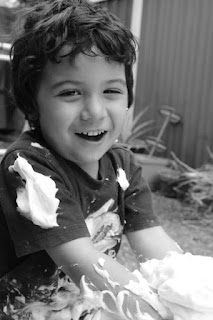 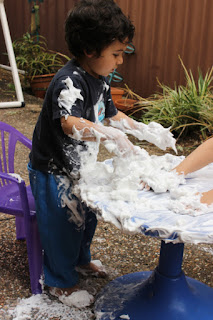 It became a full body experience... 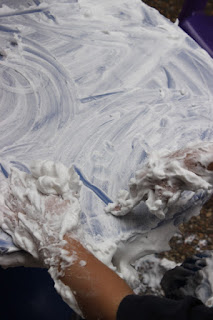 The boys did a little bit of drawing and "writing" but mainly enjoyed squishing it through their fingers and rubbing it all over their faces! 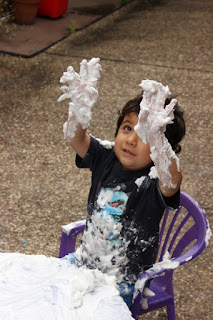 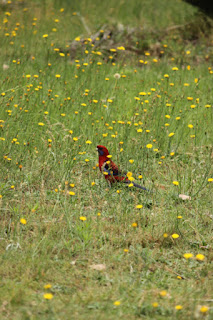 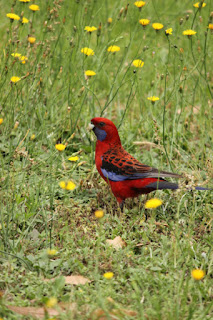 Later that afternoon we spotted this beautiful bird in the neighbour's yard and he was kind enough to stick around and have his photograph taken. 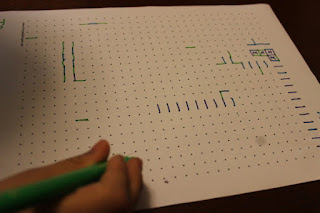 That night we started a massive dot game that took four nights to finish! 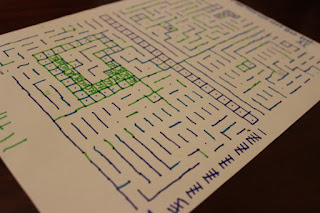 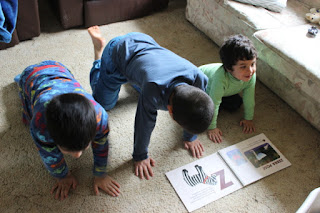 A little bit of yoga is good for the soul after a gastro bug... 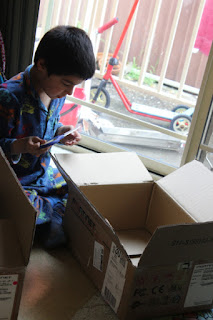 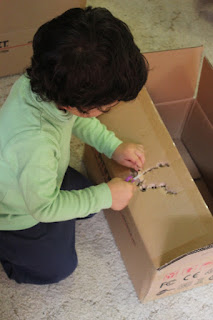 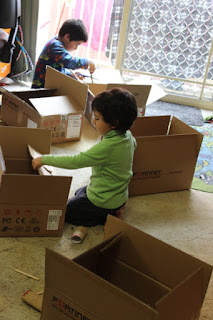 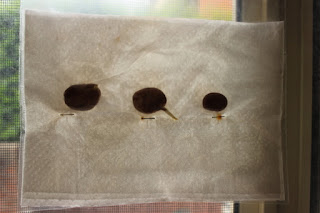 Monkey was VERY excited to see that his seeds were starting to grow...

Despite being sick we still got some reading done... top two are Monkey's early readers he read aloud to me - usually there would be 5-10 as I have him read 1-2 a day but with the illness in the middle of the week there were MUCH less!

Our read aloud selections for the week were VERY slim as well!
We didn't even make it to the library until Friday and then it was basically only to return books since no one was 100% yet.

Finally these are Monster's independent choices for the week.  A new series that he has found and loves.  They are significantly below his reading level but he is enjoying them and spending large portions of his day reading so it is a win for now!

An unusual week for sure but we made it work and maybe just maybe we'll have one NORMAL week this term ~ whatever that is!!
Posted by LilPrecious at 10:31 PM